Preserving Our Oceans Together

Preserving Our Oceans Together 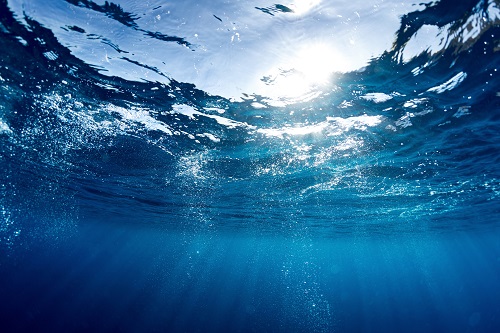 Striving to preserve and celebrate all that the oceans provide has never been more critical.

On 8 June 2022, the 30th annual United Nations World Oceans Day, MSC has acknowledged and highlighted some of its contributions to this process in its annual sustainability report and reaffirmed its passion and commitment to the oceans.

Marine environments are more vulnerable than ever, threatened by climate change, pollution, and overfishing.

MSC believes that the health of the oceans is vital to its own continued success. The sea is the lifeblood of global trade, and so in turn, as the world’s largest container line, it is serious about its efforts to protect oceans and to conduct global shipping in a safe and reliable way.

MSC also agrees with the UN that collective action is the key to a future with healthy, thriving oceans. The maritime industry plays a key role in gaining a clear understanding of the environment in which companies operate and their impact on it. As well as the theme of this year’s World Oceans Day being Collective Action for the Ocean, the UN has also declared 2021-2030 as the UN Decade of Ocean Science.

MSC knows that to truly find global solutions, it needs to work with a variety of partners, and to strive to go beyond making an impact through its own operations. MSC has been increasingly active with a diverse range of ocean-related groups: the UN Global Compact’s Ocean Stewardship Coalition, Ocean 100 Dialogues, the World Ocean Council, Team Malizia, United for Wildlife and Clean Cargo support a collaborative approach to healthy oceans. We’re on the right track, but there is much more to be done.

MSC’s approach is not just limited to external partnerships – the company can make a positive impact as MSC and it views sustainability as critical for the future.

MSC operates one of the most modern fleets in the world with the aim of minimising its environmental impact. It is focused on developing the fleet to be able to use more low- and zero-carbon fuels, as well as deploying energy-saving technologies and new designs that enable smooth sailing with less fuel. MSC also takes steps to reduce the potential impact on marine habitats in the areas its ships pass through, for example by carefully planning routes, slowing down and avoiding animal breeding grounds, and reducing underwater noise. Better routes protect our coastlines and the animals that live in our waters.

The MSC Foundation is also directly involved in partnerships and local initiatives around the world. From clean-up campaigns to conservation and restoration work, to scientific research, the non-profit MSC Foundation takes clear steps around aquatic conservation and protection. It’s not just restricted to open water – MSC also works in a variety of habitats such as coastal lands, corals, swamps, and mangrove forests.

So, what does MSC’s commitment to sustainability look like in practice? Here are a few concrete examples.

MSC has been clear in its resolution to avoid the Northern Sea Route, and advocates for industry peers to do the same. MSC has committed to putting the preservation of the Arctic environment ahead of profits.
MSC was the first major shipping line to re-route ships off the west coast of Greece to reduce the risk of collusions with endangered sperm whales in the Mediterranean. It has also received recognition for its participation in the “Protecting Blue Whales and Blue Skies” speed reduction programme off the western coast of the U.S.
Last year, MSC, MEDLOG Costa Rica, and the MSC Foundation launched a collaborative project with Ecology Project International called Together for Turtles, a conservation effort in the Limón province of Costa Rica.
MSC is committed to ensuring the ongoing health of our ocean home. Covering almost three quarters of our planet, our oceans produce half of the world’s oxygen and regulate our climate.

This World Oceans Day is an opportunity to reflect on the impact of industry and on what can be done – from small actions to large – to collectively protect and preserve maritime life and habitats. The world shares a responsibility to manage the health of the oceans, and it will take everybody’s will to achieve it.

MSC’s commitment to sustainability is driven by its purpose: “We connect the world, fostering inclusive social prosperity and economic growth, whilst respecting and nurturing the home we all share, our blue planet.”