Connecting Tanzania to the world

MSC has been helping customers to ship cargo to and from Tanzania and surrounding countries since the 1970’s.

What is detention?
Detention is the charge applicable, after the free time expires, for the use of the carrier’s empty container released for stuffing.  No free time in case of empty containers released and subsequently returned to MSC upon booking cancellation.

What is demurrage?
Demurrage is the charge applicable for the use of import containers after the free time expires.

Detention and demurrage: updated payment policy:
The following options are available for release of shipment from Detention and Demurrage hold.

· For immediate release, payment thru electronic transfers to the designated bank accounts of MSC Tanzania.
· Payment by cheque is acceptable. However, the shipment will be released ONLY once cleared and funds received.

In case of a demurrage or detention dispute, email: tz060-credit.control@msc.com; tz060-customerservice.team@msc.com  (email subject: Dispute + Invoice Number), describing the reasons for your dispute.

What is VGM?
Verified Gross Mass or VGM refers to the exact, verified weight of a packed container. For safety reasons, vessel operators can only load a container if its weight has been verified.

What do I need to include in my VGM instructions?
You must include the following on all VGM instructions:
· Booking or Bill of Lading (BL) number
· Container number
· VGM + weight measurement unit (lbs. or kgs.)
· Responsible Party Name
· Digital signature of the authorized signatory in all CAPITAL LETTERS.

How can I submit my VGM instructions?
· MyMSC (Free of Charge)
· EDI (via INTTRA)

Guidelines for submitting your VGM instructions
· MSC prefers to receive a Shipper-Verified Gross Mass (VGM) at before cargo is submitted for Customs Declaration until or before cargo is to be transferred to the Port.
· TZ Ports have “NO VGM – No GATE” policy in place

Prohibited goods:
(1) All goods the importation of which is for the time being prohibited under this Act
or by any written law for the time being in force in the Partner State.
(2) False money and counterfeit currency notes and coins and any money not being of
the established standard in weight or fineness.
(3) Pornographic materials in all kinds of media, indecent or obscene printed paintings,
books, cards, lithographs or other engravings, and any other indecent or obscene
articles.
(4) Matches in the manufacture of which white phosphorous has been employed.
(5) Any article made without proper authority with the Armorial Ensigns or Coat of
Arms of a partner state or having such Ensigns or Arms so closely resembling them as to be
calculated to deceive.
(6) Distilled beverages containing essential oils or chemical products, which are
injurious to health, including thijone, star arise, benzoic aldehyde, salicyclic esters,
hyssop and absinthe. Provided that nothing in this paragraph contained shall apply
to “Anise and Anisette” liquers containing not more than 0.1 per cen- tum of oil of
anise and distillates from either pimpinella anisum or the star arise allicium verum.
(7) Narcotic drugs under international control.
(8) Hazardous wastes and their disposal as provided for under the base conventions.
(9) All soaps and cosmetic products containing mercury.
(10) Used tyres for light Commercial vehicles and passenger cars.
(11) The following Agricultural and Industrial Chemicals:
(a) Agricultural Chemicals
(i) 2.4 - T
(ii) Aldrin
(iii) Caplafol
(iv) Chlordirneform l Chlorobenxilate l DDT
(v) Dieldrin
(vi) 1.2 - Dibroacethanel (EDB)
(vii) Flouroacelamide
(viii) HCH
(ix) Hiplanchlor
(x) Hoscachlorobenzene
(xi) Lindone
(xii) Mercury compounds
(xiii) Monocrolophs (certain formulations)
(xiv) Methamidophos
(xv) Phospharrmion (xvi) Methyl - parathion
(xvii) Parathion
(b) Industrial Chemicals
(i) Crocidolite
(ii) Polychlorominatel biphenyls (PBB)
(iii) Polyuchorinted Biphenyls (PCB)
(iv) Polychlororinated Terphyenyls (PCT)
(v) Tris (2.3 dibromopropyl) phosphate
(vi) Methylbromide (to be phased out in accordance with the Montreal
Protocol by 2007).
(12) Counterfeit goods of all kinds.
(13) Plastic articles of less than 30 microns for the conveyance or packing of goods.

(5) Arms and ammunition specified under Chapter 93 of the Customs Nomenclature.

(11) Other ivory unworked or simply prepared but cut to shape.
(12) Ivory powder and waste.
(13) Tortoise shell, whalebone and whalebone hair, horns, antlers, hoovers, nail, claws
and beaks, unworked or simply prepared but not cut to shape, powder and waste of
these products.
(14) Coral and similar materials, unworked or simply prepared but not otherwise worked shells
of molasses, crustaceans or echinoderms and cattle-bone, unworked or simply prepared but
not cut to shape powder and waste thereof.
(15) Natural sponges of animal origin.
(16) Spent (irradiated) fuel elements (cartridges) of nuclear reactors. (17) Worked ivory and
articles of ivory.
(18) Bone, tortoise shell, horn, antlers, coral, mother-of pearl and other animal carving
material, and articles of these materials (including articles obtained by moulding).
(19) Ozone Depleting Substances under the Montreal Protocol (1987) and the Vienna
Convention (1985).
(20) Genetically modified products.
(21) Non-indigenous species of fish or egg of progeny.
(22) Endangered Species of World Flora and Fauna and their products in accordance with
CITES March 1973 and amendments thereof.
(23) Commercial casings (Second hand tyres).
(24) All psychotropic drugs under international control. (25) Historical artefacts.
(26) Goods specified under Chapter 36 of the Customs Nomenclature (for example, percuassion
caps, detonators, signalling flares).
(27) Parts of guns and ammunition, of base metal (Section XV of the Harmonised Commodity
Description and Coding System), or similar goods of plastics under Chapter 39 of the Customs
Nomenclature.
(28) Armoured fighting vehicles under heading No. 8710 of the Customs Nomenclature.
(29) Telescope sights or other optical devices suitable for use with arms, unless mounted on a
firearm or presented with the firearm on which they are designed to be mounted under
Chapter 90 of the Customs Nomenclature.
(30) Bows, arrows, fencing foils or toys under Chapter 95 of the Customs
Nomenclature.
(31) Collector’s pieces or antiques of guns and ammunition under heading No. 9705 or
9706 of the Customs Nomenclature

• Port of Dar es Salaam is the main port in Tanzania and is one of the two maritime gateway corridors serving East Africa Sub-Region known as the “Central Corridor” The Gateway to Eastern, Central and Southern African Countries

• Ports of Tanga and Zanzibar are Feeder Ports 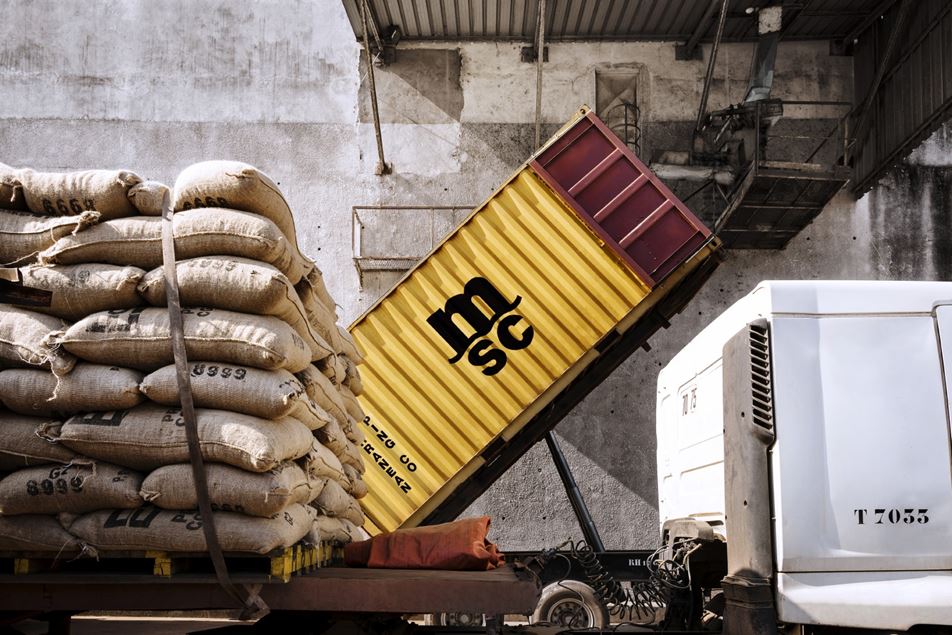 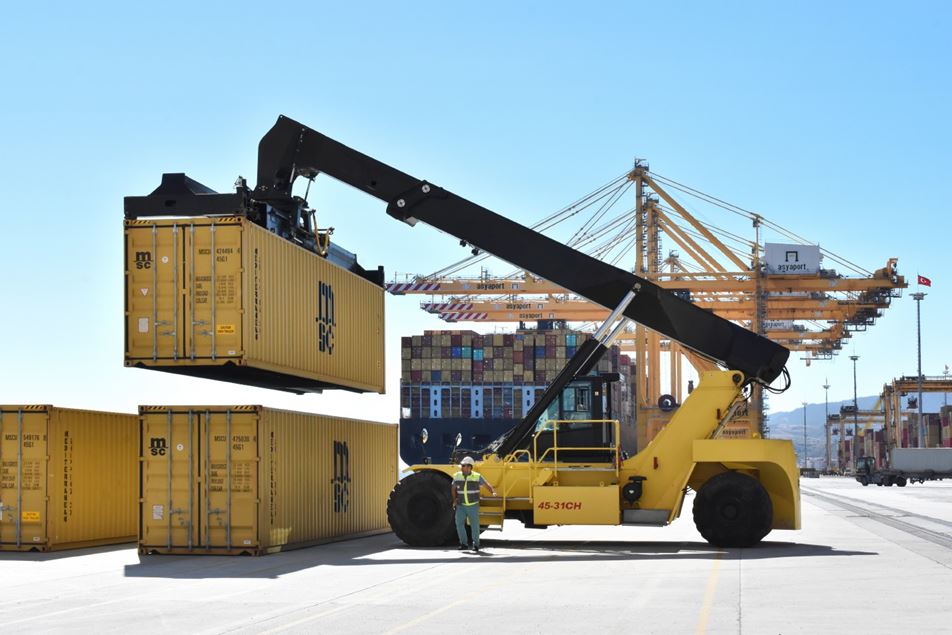